Fortunately, the AFR heads weren't damaged when the 408 threw a rod, so I decided to stay with a small block. After a little hunting, I found a 3970010 high-nickel 350 block. I had it cut .030 over, hot-tanked, align-checked and had new cam bearings and freeze plugs put in: 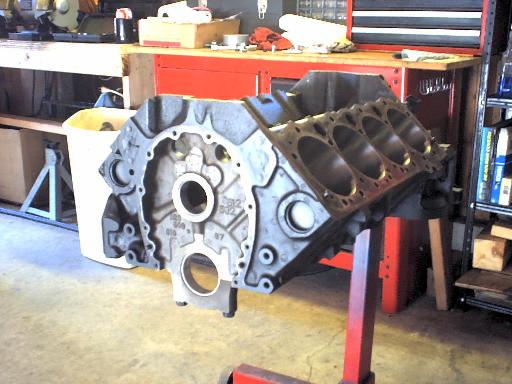 Before I began assembling the engine, I almost had a "rear-engine" Monte Carlo: 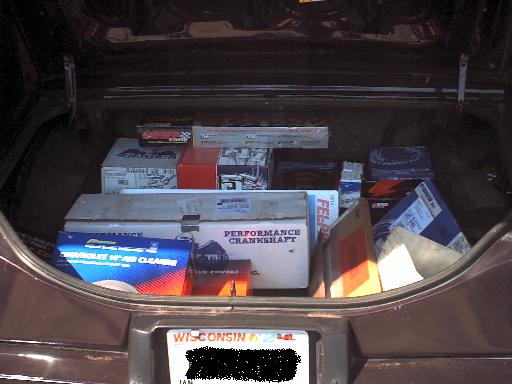 One of the assembly checks is to measure the crankshaft endplay: 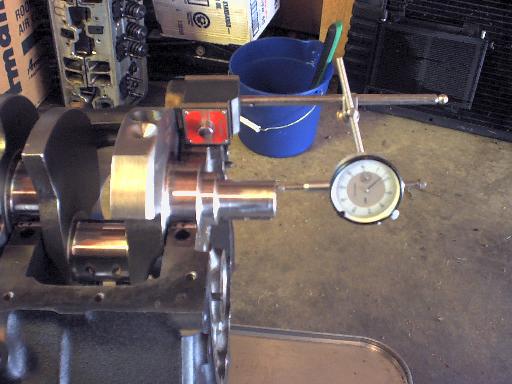 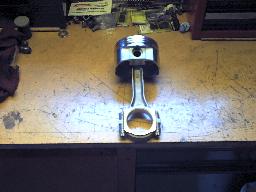 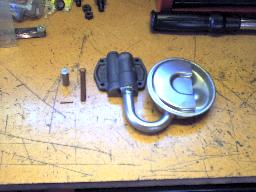 I decided to go with a black finish timing cover: 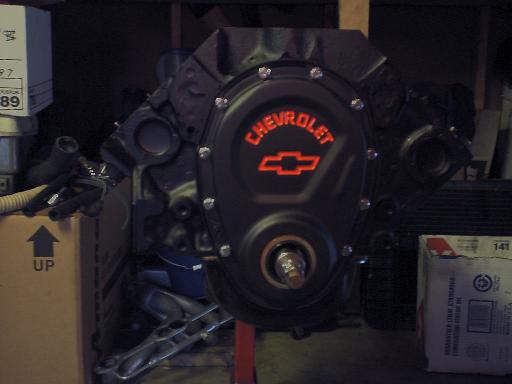 The timing pointer required a little shave to clear the balancer, but combined with the balancer cover, it's the way to go to read timing: 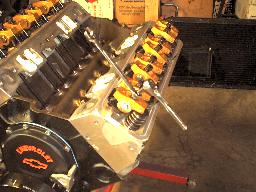 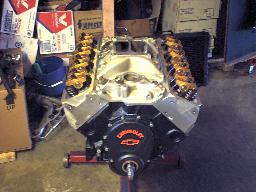 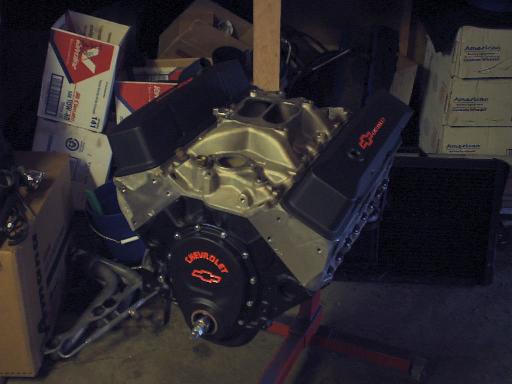 And finally, the 383 installed: 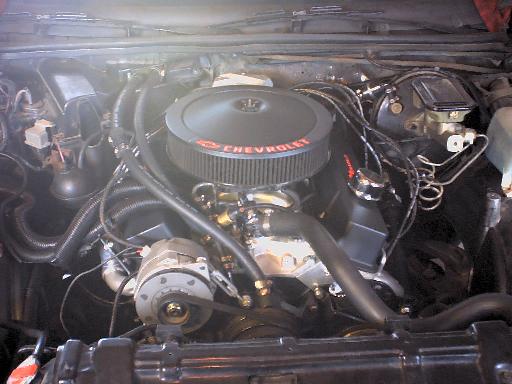 The 383 fired right up on Monday night, September 22, 2003. After breaking in the cam and adjusting the idle speed, it's running great. The tall valve covers required either relocating or removing the EGR valve. I chose to remove it, and planned on using an 87 Monte SS ECM I have, which I figured I would use with a ZZ4 prom chip (which deletes the EGR system). However, after about 100 miles on the new engine, the "Service Engine Soon" light has not come on at all with the stock 85 SS ECM and chip. So all that remains is to get a black breather to match the other parts. I plan to optimize the carb tuning with different secondary rods and by monitoring the fuel pressure and air-fuel mixture gauges. My goal is to beat the best 1/4 mile time that the 408 gave me, 12.8 at 107 mph on street tires. I'd almost forgotten how much fun this car is to drive. I'm glad there's a few months left before the snow flies here!