Well, as the popularity of the 200-4R transmission has soared, skilled rebuilds have become more affordable. Sure, they're more expensive to rebuild than a turbo 350 or 400, and gas prices alone could justify the extra cost. But the lower revs on on the interstate are another great reason to run an overdrive transmission.  The chart below shows the engine rpm at 70 mph (in high gear) for the transmission and rear end gear combinations I've gone through. 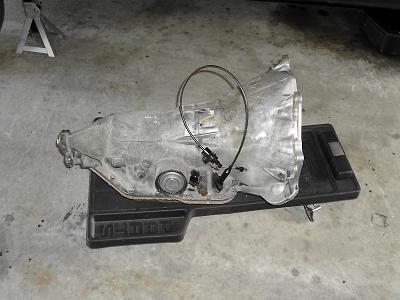 I had the trans rebuild done by Jimmie's Performance Transmissions, in Mundelein, Illinois. Jimmy has been doing 200-4R's for the turbo Buick crowd for quite some time, and has a great reputation for solid, reliable 200-4R's. They also work with a driveshaft supplier and a torque converter manufacturer who rebuilt and reinforced my original GM D5 converter. The new driveshaft is a monster, 3.5" diameter, thick wall tubing with heavy duty u-joints: 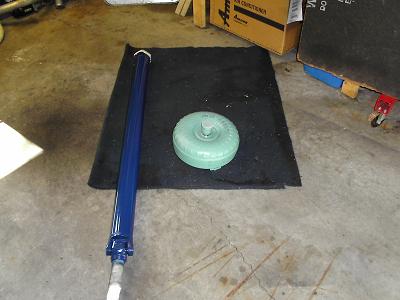 Since I'm still running the original ECM, the lockup converter functions as intended. I never hacked up the original wiring, so the 200-4R went back in pretty easily. As easily as a trans swap can be using jack stands and floor jacks anyhow :-|  Below, you can see the back of the trans, the driveshaft, poly trans mount and shifter cable: 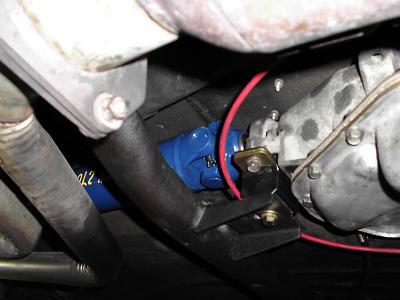 And finally, here's a shot of the trans and converter: 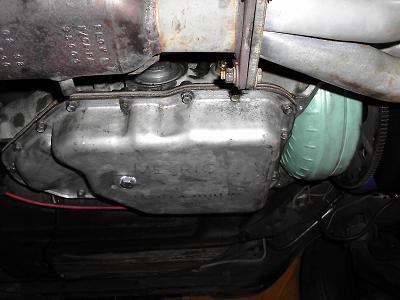